I want to start a new kind of short reviews about books that I want to encourage. The first one is Modernization, Cultural Change, and Democracy: The Human Development Sequence from Ronald Inglehart and Christian Welzel. I knew about this work from the book of Strange Maps, where the author shows this map, a two axis chart with different countries as dots: 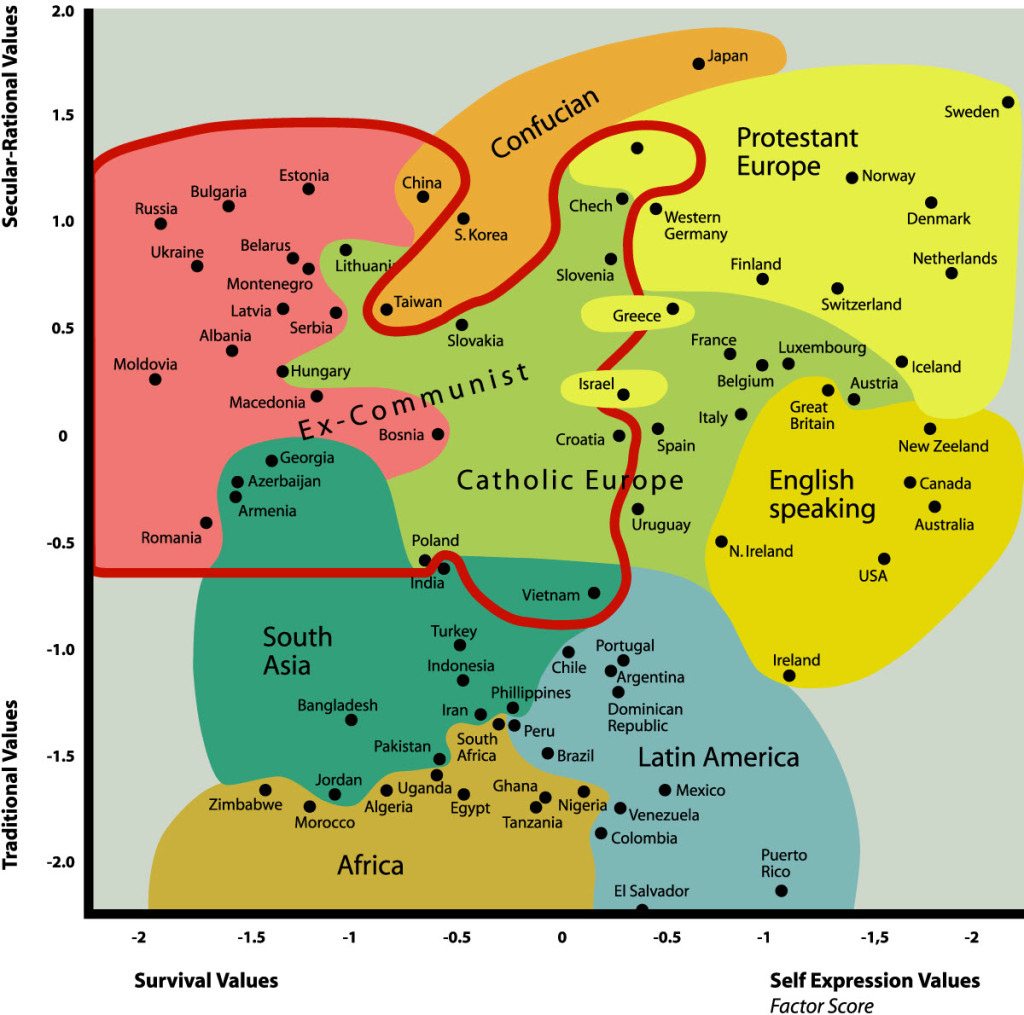 Cultural Map from Inglehart and Welzel 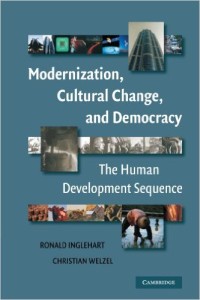 Cover of the book

This two axis (similar to a PCA in stylometry) represent two synthetic dimensions based on the correlations of the answers about dozens of themes about ethics, citizenship, economy, etcetera. The two synthetic dimensions are: tradition vs. secular-rational, and survival vs. self expression. This information reduction is already a huge step: there are group survival values behind the rejections of homosexual, abortion, divorce… But it doesn’t stop here, because the resulting clusters of countries correlate or have strong dependencies  with other cultural, historical and economical aspects like religion, linguistic and geographic areas, having been part of the communist block, percentage of agrarian, industrial and services economy, level of income and level of democracy. And all this based on surveys and treated with basic calculations of statistics.

The book also tries to gain and express very specific knowledge like:

You can find here more than 300 pages of well expressed and researched sociocultural knowledge in the forms of text and charts. 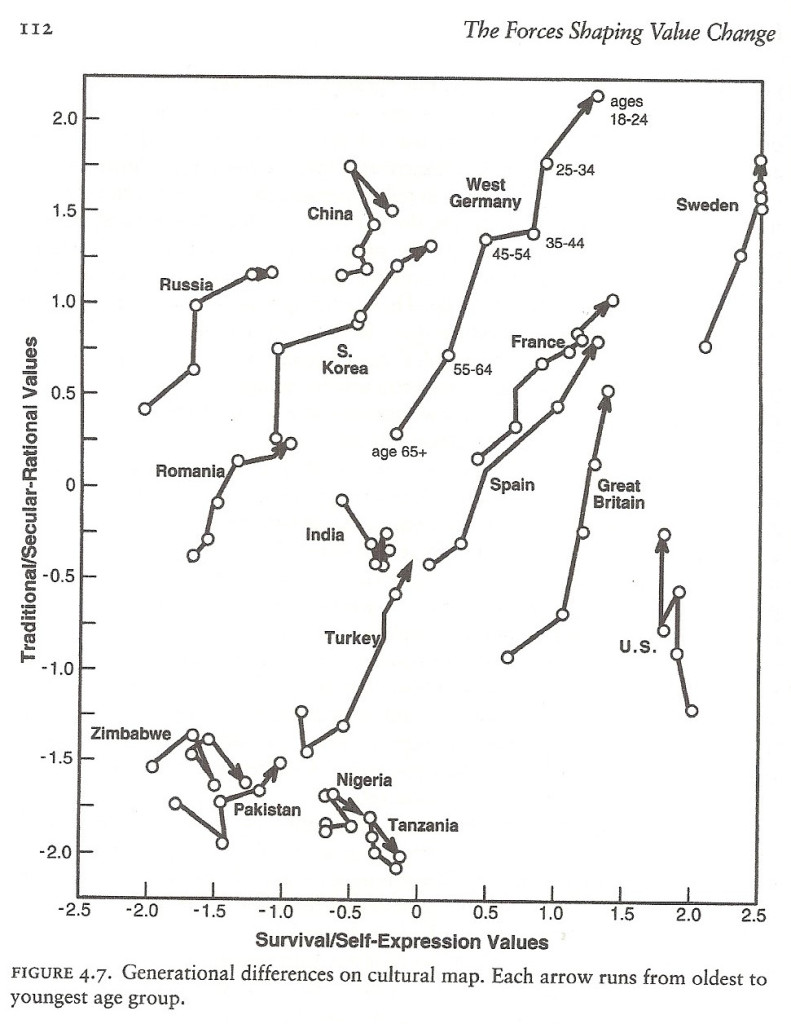 Let me close with the ending lines of the book:

«Economic development is conducive to cultural changes that make democracy increasingly probable And there is widespread evidence that democracies almost never fight other democracies. If so, the idea that technological advances only bring increasingly destructive wars may prove to be untrue. It is painfully evident that progress and human development are not inevitable. But they are possible, and they are worth striving for»

One Response to “Empirical cultural charts by Inglehart and Welzel”